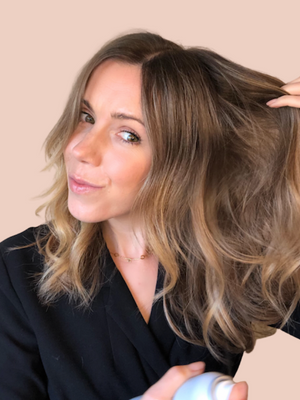 Creator of effortless hair, known to some as Queen of the Lob, Hollie has a signature style when it comes to hair; think beach babe meet french girl chic. Having been featured with by some of the most revered and well respected names in the industry, Harpers Bazaar, Italian Vogue, Elle France, Marie Claire, Vanity Fair, Wired, she is regularly featured imparting expert advice in Glamour Magazine.

Appointments with Hollie are available at Dry By salon, close to the bustle of Regent Street, a beautifully renovated early 19th century expanse; exposed wooden floorboards and dusky pink walls contrast elegantly with the dark grey borders and copper accents. Designed by Studio KO, a leading European architectural firm known for their work with the likes of Chiltern Firehouse and Aesop.